Multi-School Camps: The Good and the Bad

Are multi-school camps the answer to more friendships between students from elite and non-elite schools?

When National Junior College (NJC) Integrated Program (IP) student Faith Tan had to attend a 5-day Ministry of Education (MOE)-Outward Bound Singapore (OBS) multi-school camp, she was a little anxious. The 15-year-old said she wasn’t sure if students from the other schools might be “rowdy and loud”. She also feared that she and her classmates might be seen as condescending and arrogant.

NJC is regarded as an elite school for high-performing secondary school students. The other schools that took part in the camp were Springfield Secondary School (SSS) and Orchid Park Secondary School (OPSS). Faith wasn’t sure if the students from different schools and academic streams could get along well.

True enough, when the students were abruptly split into mixed groups at the start of their camp, Faith observed that most still “naturally stick with the people they were familiar with.”

But as they took on more and more challenging activities from kayaking, rafting to rock climbing together, the ice began to melt. For Faith, it was a trust fall exercise during a rock climbing activity that helped her bond with students from another school.

“I think it was most memorable when everyone took into account each other’s goals and treated them like our own. If someone wanted to make it to the top, then of course we’d help them without hesitation. I know it’s so cliché – but because the whole group was working together, we finally saw ourselves as a team, rather than separate individuals.”

Her schoolmate Yee Joi Ann, who also took part in the camp shared the same sentiment. “In daunting situations, when we’re pressed for time, where there’s something at risk, we tend to look at someone differently. Maybe because of the how stressful the situation is, we have to fully trust each other,” the 15-year-old said. 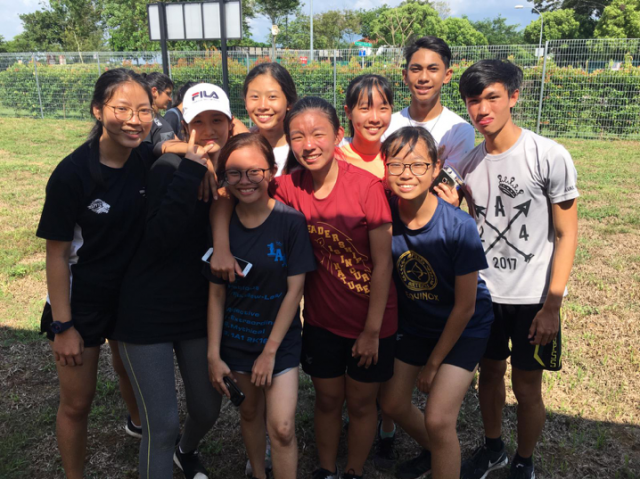 The MOE-OBS multi-school camp was a strategy developed by the Ministry of Culture, Communication and Youth (MCCY) last year to encourage positive social mixing among students from various school and social backgrounds.

A 2017 study by the Institute of Policy Studies (IPS) suggested that “more can be done to facilitate improved mixing in Singapore, especially between people with different school backgrounds”.

Using the Index of Qualitative Variation (IQV) to measure diversity, the study showed that the mix between “elite” and “non-elite” school students was the poorest, among other factors such as race, religion, and housing. 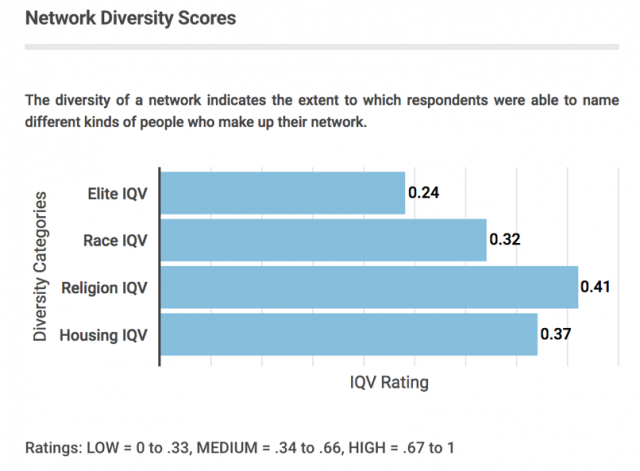 The multi-school camp has worked for students like Faith and Joi Ann, who otherwise have little opportunities to mix with students from non-elite schools. For SSS student, Bill Ong, 15, the experience was also a great one. “It helps me bond with people from other schools.” Now, the students will also meet for activities outside of school.

But a camp like this could also go very wrong if done inappropriately.

Ms Serene Lau, a Sociology Lecturer at Ngee Ann Polytechnic (NP) said: “Leaders and facilitators of such programmes would have to be well-trained to watch out for group dynamics and address any discomfort or misunderstanding that might arise from interacting with different social groups”.

“Without proper planning in the design and execution of such initiatives, (deliberate social mixing) might only result in more grievances and misunderstanding.”

But she stressed that such engineered forms of social mixing are still necessary for social harmony and cohesion.

“Without deliberate social mixing, the different social class enclaves are more likely to only deepen,” she said.