More inter-ethnic couples in Singapore are calling it quits. What’s causing their split?

In 2010, Mr Chua Mui Mai, a Singaporean Chinese, decided to split amicably with his Thai wife of 16 years. 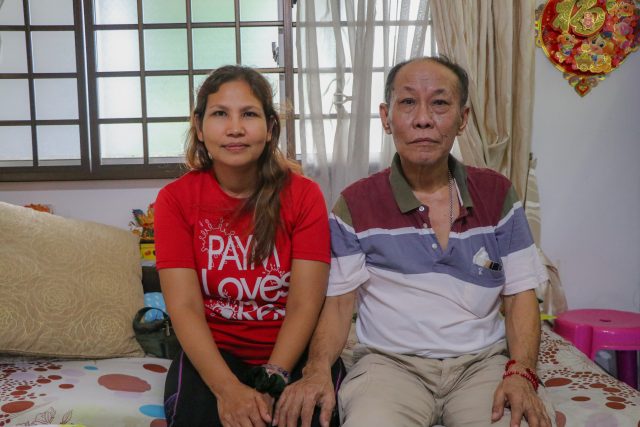 His marriage to Ms Khongseow Arporn was arranged by his parents. They grew to love each other, but the couple also found themselves frequently bickering over their differences in front of their children.

Ms Arporn, 47, said “communication was a problem” as she was not fluent in Mr Chua’s mother tongue. Neither could he speak well in Thai. The language barrier led to misunderstandings and constant quarrels.

Opposites do not necessarily attract. Ms Arporn said: “Our personalities do not get along. When I’m not happy, I will keep quiet, but after a long time, all these will explode.”

Ms Arporn said Mr Chua also didn’t make an effort to appreciate her culture. Despite being married for over a decade, Mr Chua prefers Chinese cuisine and was never keen to try Thai food.

Despite their differences, they had one thing in common – their love for their children. Mr Chua, 63, said in Chinese: “We choose to still be friends for our family and for our children (after the divorce). They are very important.”

Mr Chua still comes by Ms Arporn’s house every week and brings along groceries for her and the children. 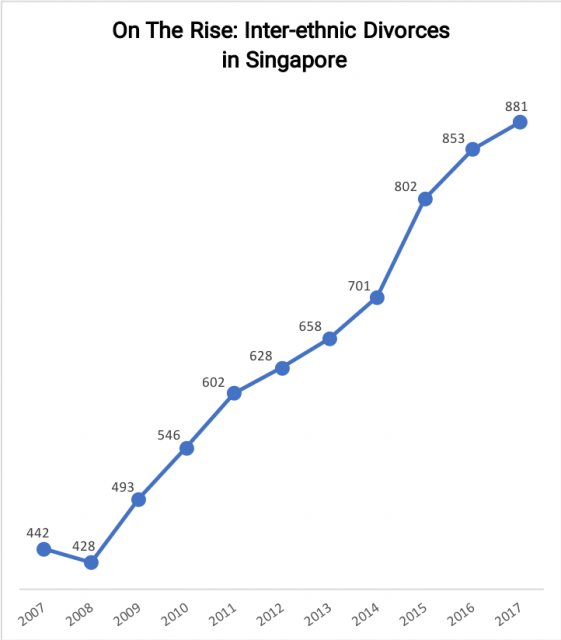 A total of 881 inter-ethnic divorces were recorded in 2017, almost doubled the number in 2007, according to the Department of Statistics Singapore.

While more inter-ethnic marriages have ended in divorce, there are others who manage to beat the odds.

Grab driver Kamsinah Bayliss, 58, married her late husband Keith Bayliss, 30 years ago in a union that was frowned upon by friends and family.

Mrs Bayliss is a Singaporean Muslim and Mr Bayliss is a European from Walton, Liverpool. Their relationship was not as smooth-sailing as she’d hoped.

Mrs Bayliss said that she had Malay friends, who believed that marrying an angmoh (Caucasian) was like marrying a cash cow.

But Mrs Bayliss never gave up on her marriage. She loves her husband dearly and said that he made her wiser and that he opened her eyes to so many new things in the world.

As to why more inter-ethnic couples have ended up splitting, she said it’s likely because of “a lack of understanding in the other person’s culture and the stubbornness of people to change to embrace their differences”. 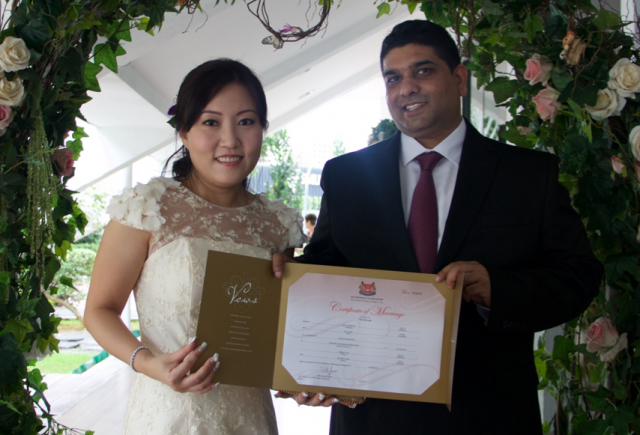 Inter-ethnic marriages enabled me to “be more understanding and accepting of (other people’s) differences,” said Ms Elsa Ang (left). Photo by Loh Joey.

Chinese-Indian couple Elsa Ang, 40, and Srinivas Akula, 40, tied the knot last June after dating exclusively for 9 years. Ms Ang, a primary school teacher, revealed that although they have different values, belief systems and religions, they will “compromise where possible or try to rationalize and discuss calmly”.

Despite being a Buddhist, Ms Ang agrees to having a Hindu praying altar in the pooja (worship) room in their 4-room condominium for his daily religious prayers.

Mr Akula also tries to remain calm when resolving any conflicts that might arise in their unconventional union. “I will look at Elsa as another human being whom I care about and whom I put higher than myself.