Relive the best moments from the largest K-pop festival in South-east Asia, which featured hot acts including Wanna One, BtoB and EXID. 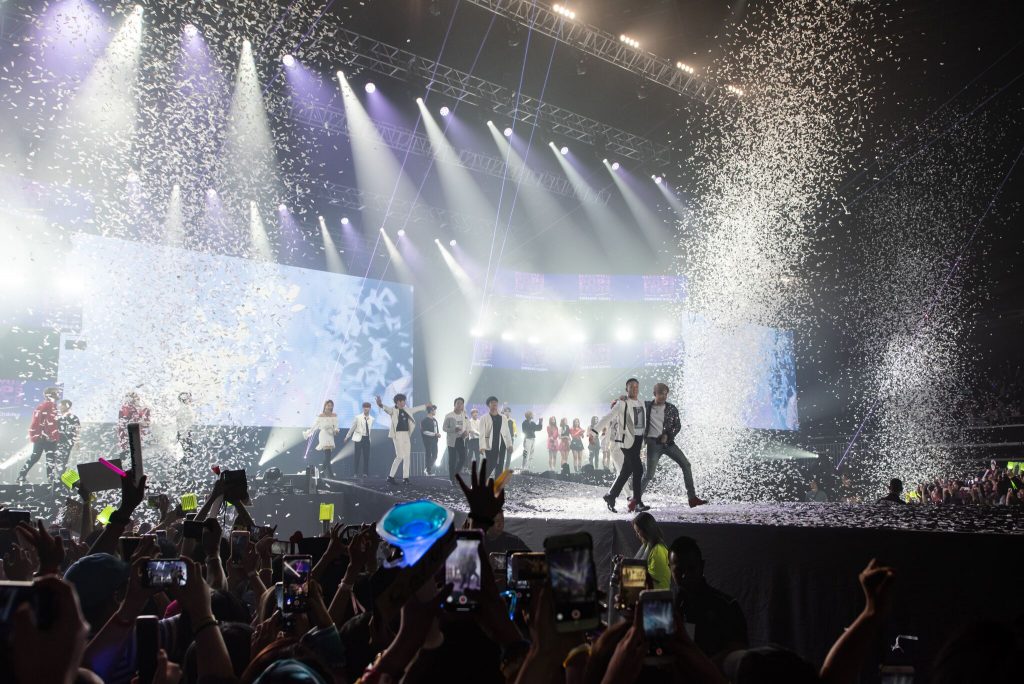 From waiting among a crowd of screaming fans to catching my favorite K-pop stars in high- energy dance performances and meeting them upclose at the red carpet, what seemed like a visit to annual Korean wave convention, KCON felt like a reality at HallyuPopFest 2018.

Here are some of the most notable moments we caught at the festival last week:

Wanna get closer to the stars 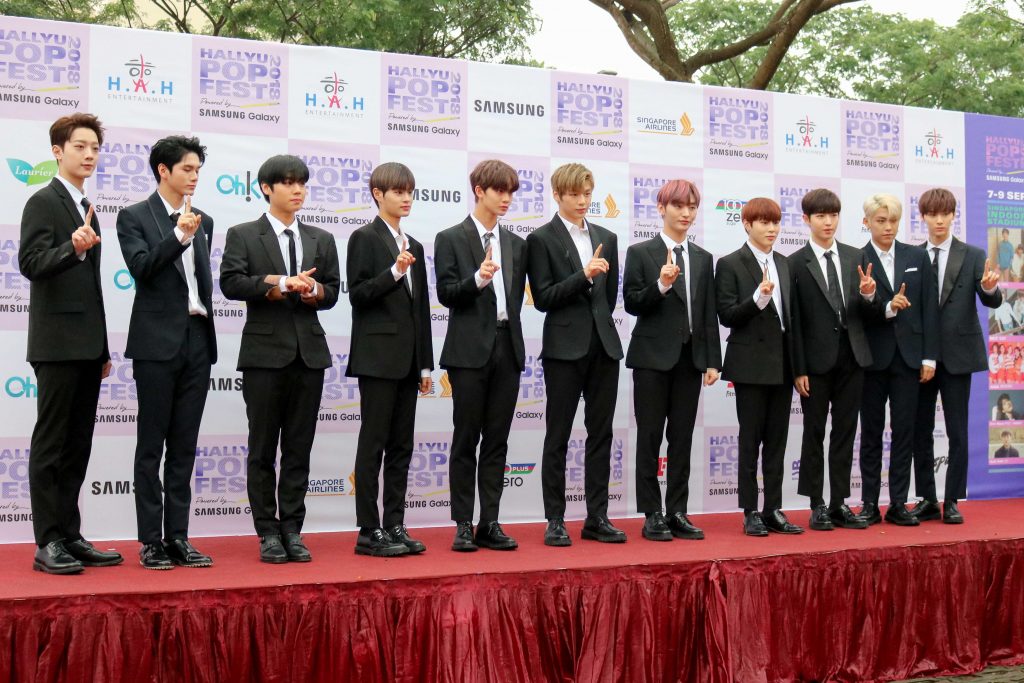 (The members of Wanna One, who were formed from reality show Produce 101 Season 2,
walked the HallyuPopFest 2018 red carpet. Photo: Sherlyn Sim)

It was the third and possibly last time Singaporean fans of wildly popular boyband Wanna One caught a glimpse of the 11-member outfit before their disbandment later this year.

But to many, this was the most memorable moment with the band.

Unlike their past visits to Singapore in July and last August, Wanna One, who was headlining the festival, walked the red carpet, much to the delight of fans. 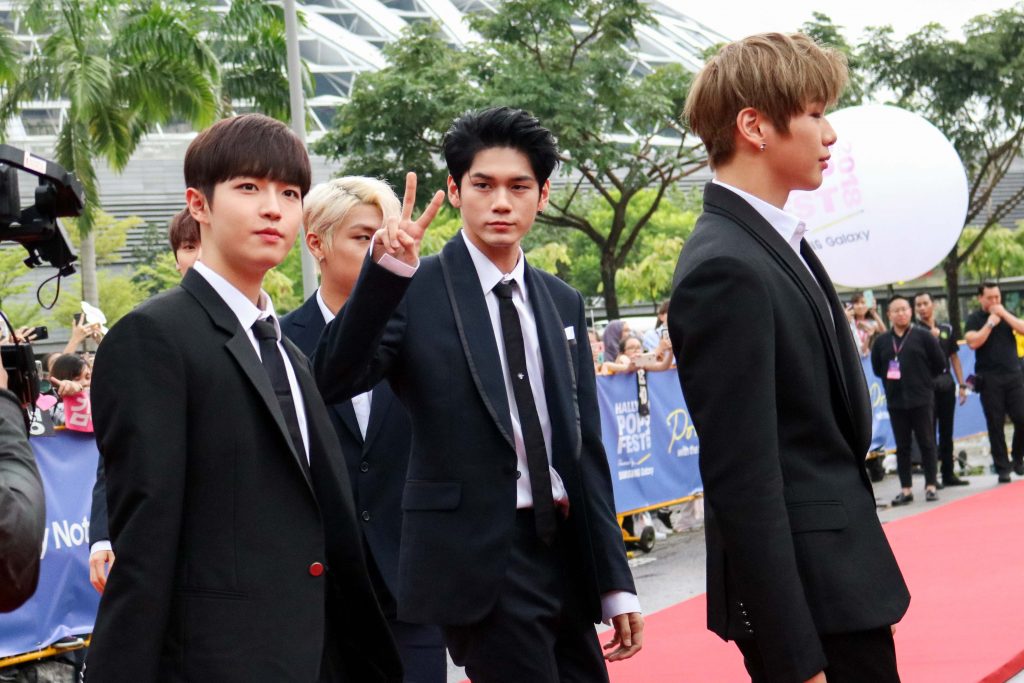 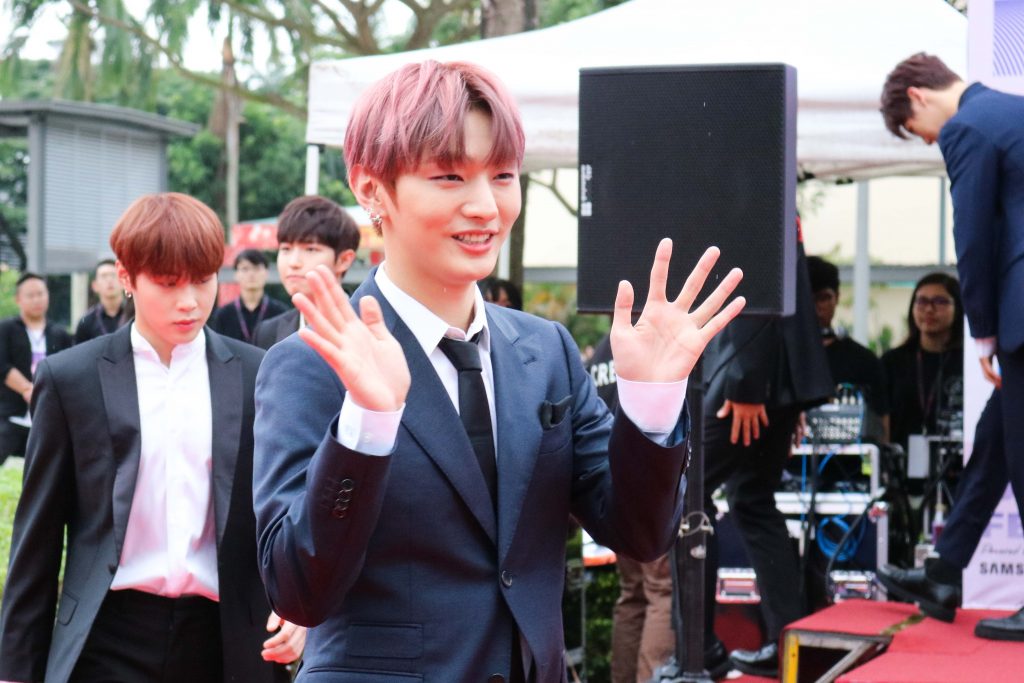 Despite the scorching sun, members Ong Seong Woo and leader Yoon Ji Sung were all smiles posing for estimated 10,000 crowd.

18-year-old fan, Athaya Fadiyah, who waited for the boyband for 5 hours, managed to secure a spot at the front row of the red carpet.

She said: “I went to both their fan meeting and concert in Singapore but this was my first time seeing them upclose and personal. The members looked way more handsome in real life than on screen.

“This was definitely worth the wait and I was so thrilled to see my favorite member.”

EXID gets bigger and better as 5 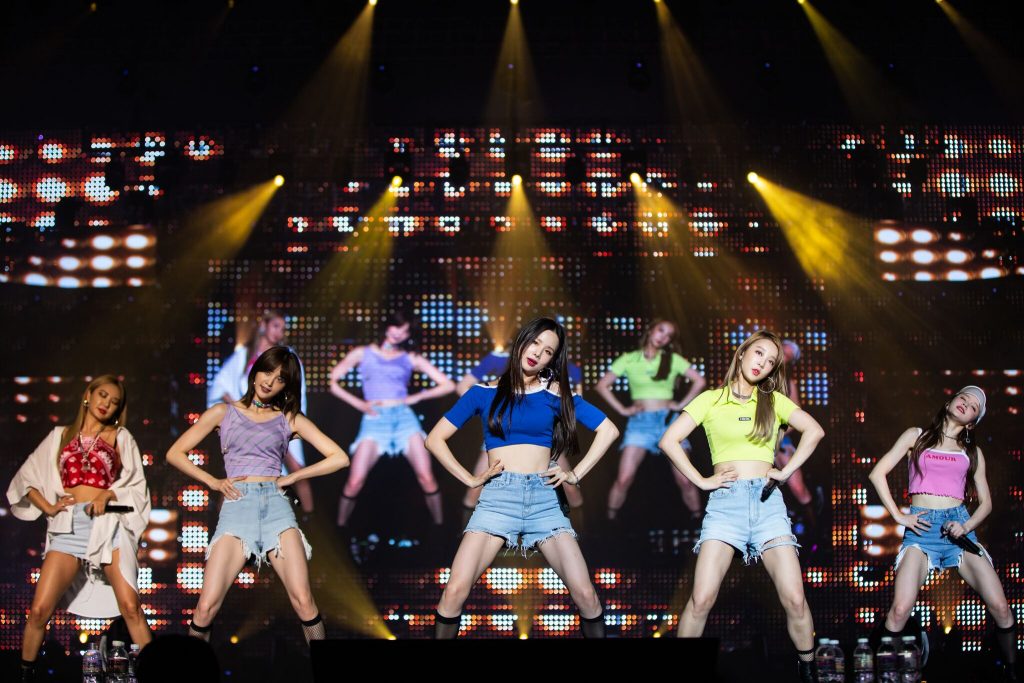 (Leader and main vocalist of EXID Solji (center) performed at HallyuPopFest 2018 for the
first time since 2016. Photo: H.A.H Entertainment.)

With her impressive high notes and seductive dance moves, one would not expect that leader and main vocalist of South Korean girl group EXID, Solji, was performing on stage for the first time in 2 years.

The 29-year-old, who was diagnosed with hyperthyroidism, a condition of the thyroid in 2016, returned to the stage stronger than before with members Jeonghwa, Hye-lin, Hani and LE, whose real name is Ahn Hyo Jin. 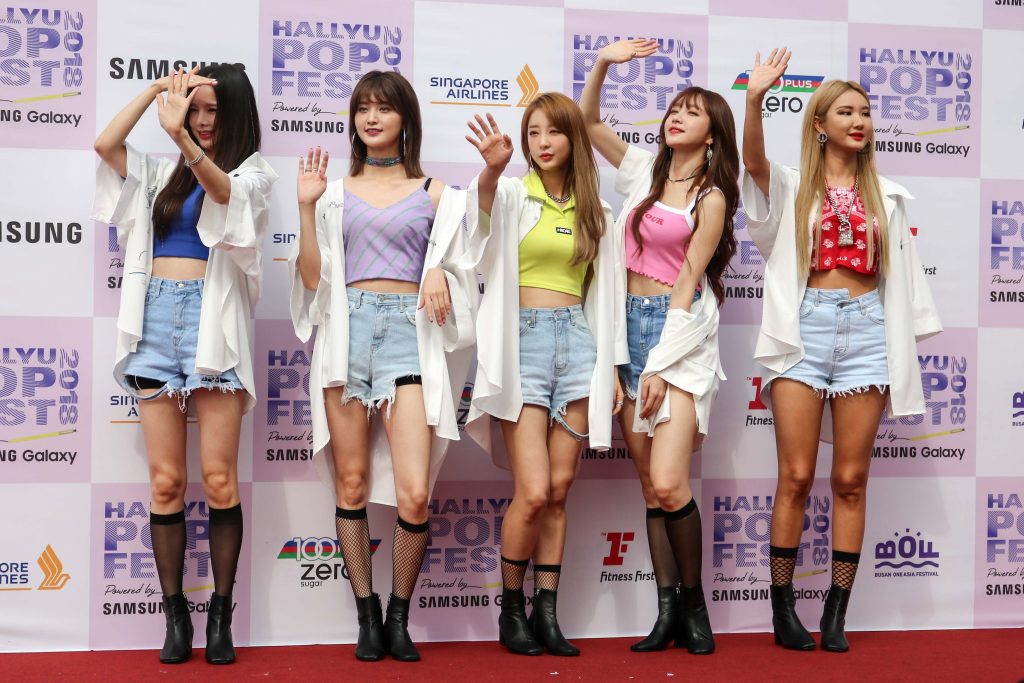 Treating fans to six hits including “DDD”, “Up and down” and “Ah Yeah”, Solji earned a roar of screams from the 7,000-strong crowd.

With a grin, she said: “This has been some time since we performed as five, a complete EXID. We are so excited to be here!”

Proving that he is more than a host 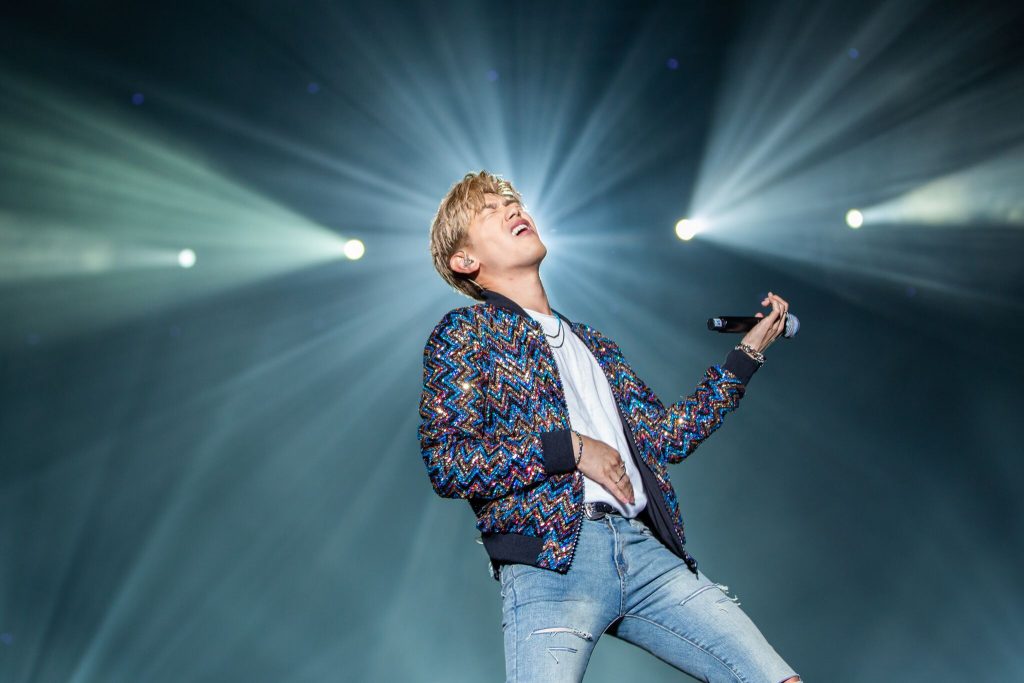 (Host of HallyuPopFest 2018 Eric Nam performed on all 3 days of the festival.
Photo: H.A.H Entertainment.) 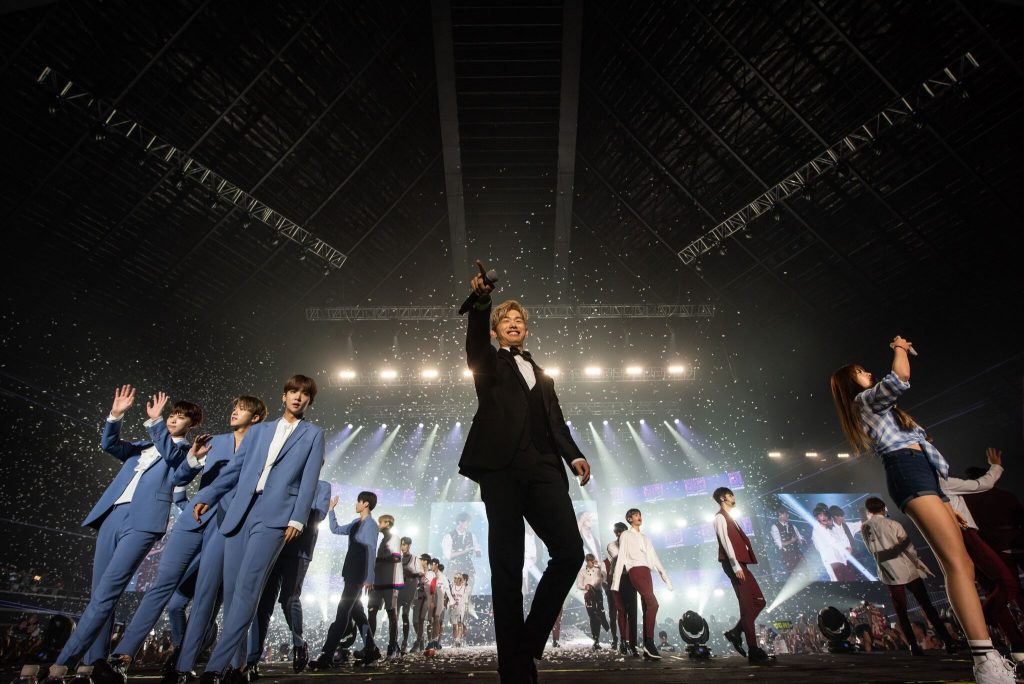 (Singer-songwriter Eric Nam served as the host of the event. Photo: H.A.H
Entertainment.)

But the 29-year-old singer-songwriter, who was also the host of HallyuPopFest 2018, returned to his first love at the festival.

Despite performing solo, the charismatic singer commanded the stage effortlessly with his dance-pop tracks “Honestly”, “Into you” and “Float”, which was featured in the animated film Hotel Transylvania 3: Summer Vacation.

On his preference between singing and hosting, he said at the media conference of HallyuPopFest 2018 last Saturday: “I think both have different merits. I definitely enjoy performing the most. I love singing on stage. Hosting comes easy to me but my real passion is singing.”