Meet Cheyenne Alexandria Phillips, the instant poet who can create customized poems on demand – all on her typewriter.

Ms Cheyenne Alexandria Phillips was furiously punching away at her typewriter at the Urban Ventures art market. The 24-year-old Singaporean Eurasian poet was crafting “custom poems” on demand.

In 4 hours, she completed a total of 76 entries, all of which were customized according to a few words specified by her requesters. 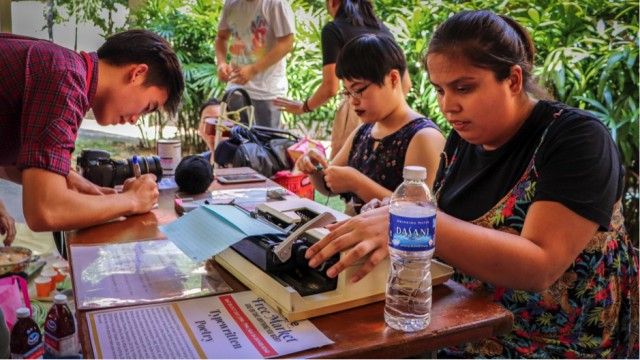 Having to compose custom poems in high volumes within a short time is no mean feat. To do that on a typewriter is even more daunting as there’s no backspace key. But Ms Phillips is happy to take on the challenge.

“The typewritten thing is very on the spot, and I know people like it.”

Ms Phillips was introduced to custom poetry last September. She was then having a stint as a ‘Servile Poet’ in the Proletariat Poetry Factory, which comprises a group of poets devoted to bringing poetry to the public. 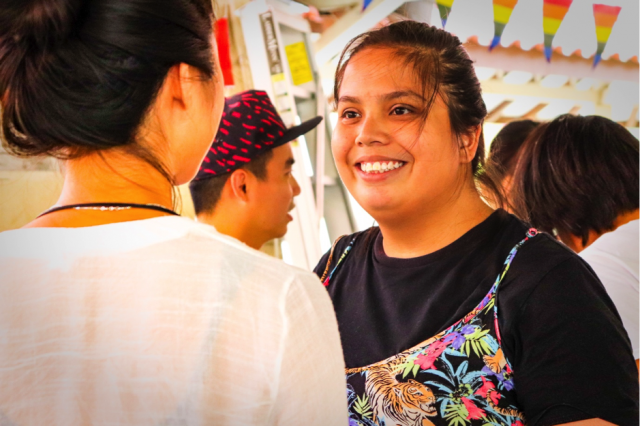 To her, having to understand and fulfill her requesters’ needs in the blink of an eye is the most challenging aspect of what she does.

“I barely know you (the requester), but I’m responsible for what I give you. It’s this sense of trying to do justice to someone you don’t know.

You base it off a ‘Hi! Do you want a poem?’ kind of interaction, and you have to produce this poem in 5 minutes. 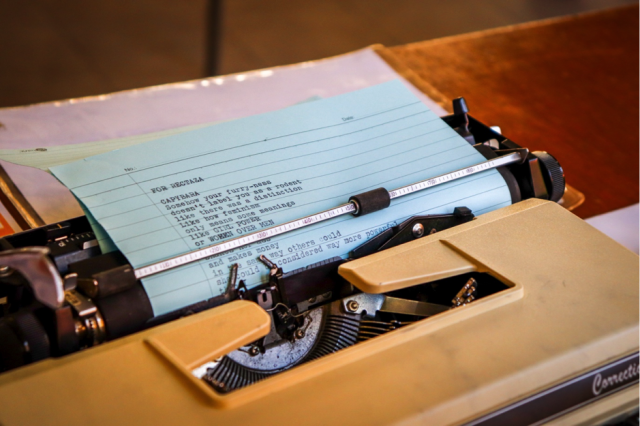 She recalled receiving a request from someone who told her: “My brother just died.” 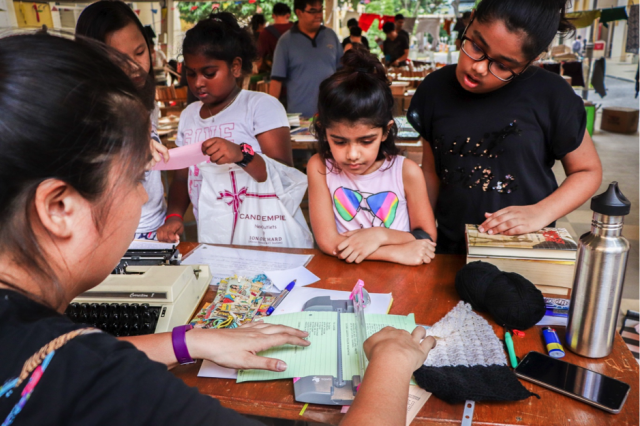 Besides crafting custom poems at arts and culture events, Ms Phillips is also an education facilitator with Wildlife Reserves Singapore. She regularly posts poems about environmentalism on her blog and performs at poetry slams such as Word Forward and Destination:INK.

Ms Jerrica Tan, 25, a producer who’s been to several Destination:INK slams, said Ms Phillips’ unique focus on environmentalism has left a deep impression on her.

“She was putting scientific terms [in her poem], and they would all rhyme, and they would just be really funny… She’s the only one I know who has done that,” said Ms Tan. 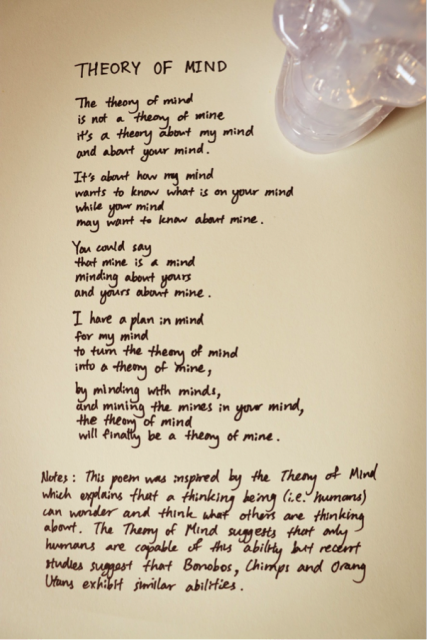 But Ms Phillips doesn’t quite see herself as an activist poet.

“I don’t want to be an advocate. I don’t even want to educate. I want to enlighten.”

This entry is repurposed by Nicole Fang.