A patriotic Pezzo comes up with 2 new pizzas for Singapore’s birthday.

The moment UrbanWire stepped onto the boat along the Singapore river decorated in Pezzo’s vibrant colors of red and yellow, we already caught a faint whiff of the aroma of pizzas being heated in the oven.

Everyone on board was marveling at the laid-back and easy-going pizza party –  countless pizzas and a sweeping panorama of Singapore’s skyline.

Do these names hit a little close to home?

Evoking a nostalgia for home-cooked food, the chicken rendang pizza preserved the spices that make a rendang dish so rich. Despite the richness of the rendang sauce, the succulent chunks of chicken and potpourri of red capsicum, green capsicum, white onion and oregano chicken are balanced very well.

Cheese-lovers may be a little disappointed with the less obvious cheese taste in this pizza due to the focus on the rendang sauce inevitably.

Nonetheless, a rendang dish is meant to be spicy and UrbanWire felt otherwise with the pizza. The taste of the sauce leans more towards the salty side, but its fragrance makes up for the lack of spiciness.

Speaking of spiciness, the Singa laksa pizza has a higher level of tongue-scorching goodness than the chicken rendang. 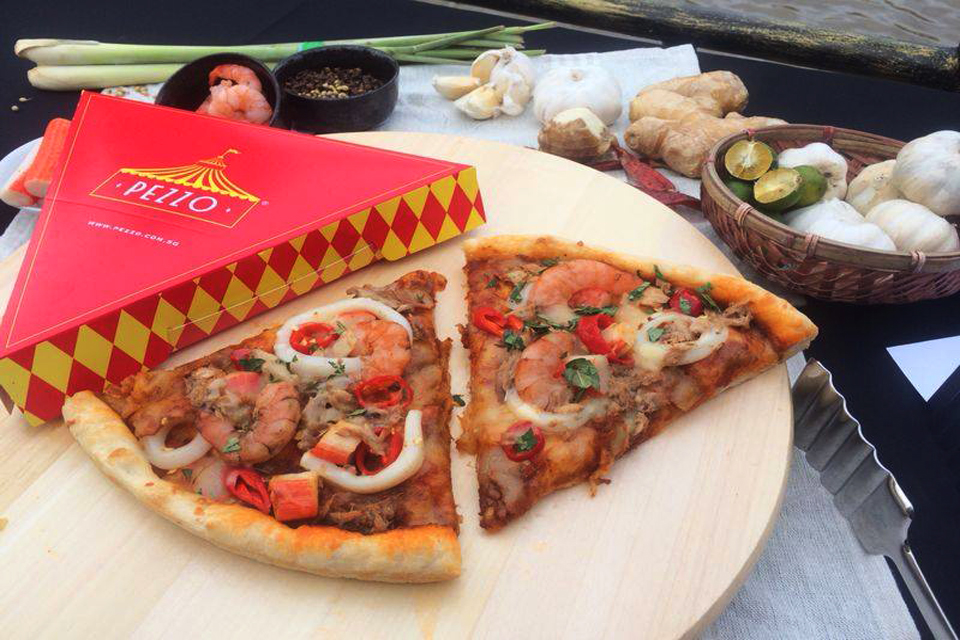 Bite into the Singa laksa and feel the luscious laksa sauce exploding like the national day fireworks in your mouth.  Besides the spice, the savory parts comprise of a delightful spread of ingredients usually found in a laksa dish – crab meat, squid, tuna, prawn, and tau pok [fried tofu] rest on Pezzo’s secret pizza dough. All the juicy meat chunks are infused with the flavorful laksa sauce, as though we were having an actual bowl of laksa. 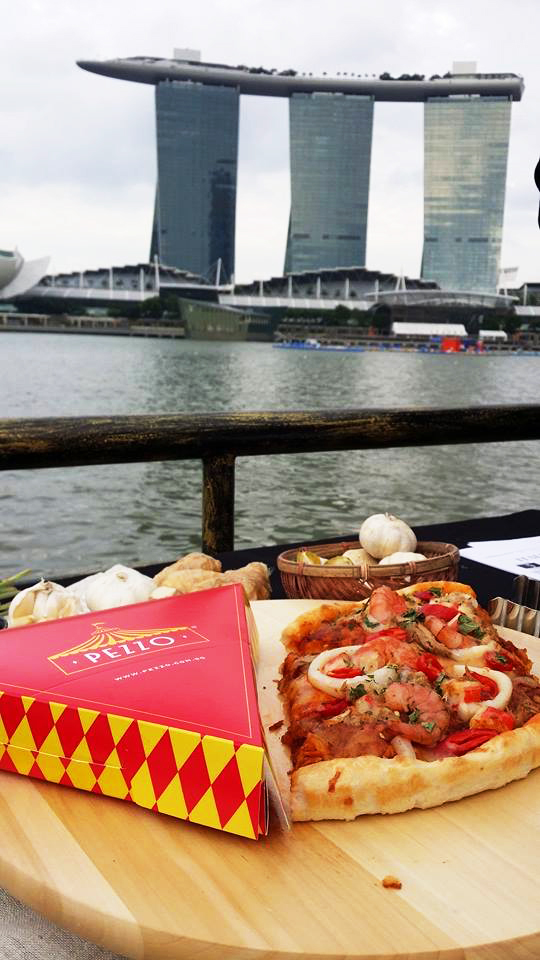 Despite the pizza being a tad greasy, a sprinkle of laksa leaves adds a level of authenticity, making the whole pizza simply delectable.

We also like the thickness of the crust of both pizzas  – slightly crispy on the outside and soft and fluffy on the inside, finished with a smack of the lips.

Inspired by the circus life, some of Pezzo’s other pizzas have wacky names such as big daddy, meat munchers, hot chick, BBQ bonanza, which make the names chicken rendang and Singa laksa pale in comparison.

Nonetheless, the chicken rendang and Singa laksa pizzas will be permanently on Pezzo’s menu starting National Day, so why not enjoy them while watching this year’s National Day parade on TV?